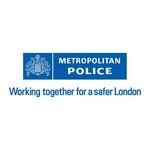 The Metropolitan Police Traffic Unit is committed to reducing the number of traffic related deaths, injuries and crimes on Londons roads.

Aims:
 Deny criminals use of the roads by enforcing the law
 Reduce road casualties
 Tackle the threat of terrorism
 Reduce anti-social use of the roads
 Enhance public confidence and reassurance by patrolling the roads
 Attend and investigate all fatal collisions

Our overall aim is to improve driving standards and make Londons roads safer. It is by supporting our operational colleagues, giving them the confidence that traffic offences will be dealt with and ensuring that victims are dealt with appropriately, that this aim can be achieved.